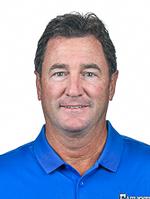 Scott Sanderson enters his sixth season as Faulkner's head basketball coach. In his five seasons at the helm, the Eagles have gone 95-60 overall and 57-39 in the SSAC. In 2016, he led the team to an SSAC Tournament title and the opening round of the NAIA National Tournament. Six Eagles earned All-American recognition under Sanderson's tutelage; 11 garnered All-SSAC honors.

Sanderson is the former head coach at the University of Mobile and Lipscomb University. At Faulkner, he replaced his older brother, Jim Sanderson, who retired from the position after 24 years.

Sanderson's first head coaching opportunity came at the University of Mobile, where he quickly built the Rams program into an NAIA power. Sanderson’s 1998-99 Mobile team made it to the NAIA Tournament championship game and he was named the National Coach of the Year for his efforts. The Rams also won back-to-back conference titles under Sanderson.

Hired at Lipscomb in 1999, Sanderson spearheaded the Bisons’ move from the NAIA to NCAA Division I. In his 14 seasons at Lipscomb, Sanderson guided the squad to a pair of Atlantic Sun Conference championships and the program's first post-season appearance, coming in the 2006 National Invitational Tournament. His first Lipscomb team, still playing in the NAIA, was No. 1 in the country for most of the 1999-2000 season and Sanderson received National Coach of the Year honors from the Basketball Times following that campaign.

Heading into the 2019-2020 season, Sanderson holds a career head coaching record of 401-286. He currently is 11th among active NAIA coaches in career victories.

As a player at South Carolina, Sanderson spent four seasons as a shooting guard for the Gamecocks, He earned a bachelor's degree in business management from South Carolina in 1984.

Sanderson and his wife, Ronda, have four sons: Carter, Clint, Garrett and Grant. 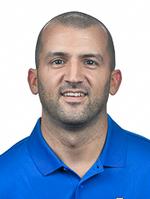 Drew Wilson enters his sixth season as Faulkner's assistant coach. Before arriving at Faulkner he spent two years at Snead State Community College, the last as the associate head coach.

In his two years on staff at Snead State, Wilson was involved with all aspects of the program with a primary focus on recruiting, player development and on-the-court coaching. Under Wilson’s tutelage, Snead State had nine players continue their careers at four-year institutions, including three to the NCAA Division I level. The Parsons also had four All-Conference performers in Wilson’s two years as an assistant. The 2012-13 season produced Snead State's best finish in seven years in the ACCC's North Division.

At Faulkner, Wilson also assists with all facets of the program, concentrating on recruiting, scouting and on-the-floor-coaching. Additionally, Wilson coordinates the program's annual summer youth camps and serves as the program's recruiting coordinator.

He has assisted Scott Sanderson to a 95-60 record in five seasons at Faulkner, good enough for a .613 winning percentage. That run includes a 2016 SSAC Tournament championship and a berth in the NAIA National Tournament that same season. Six Eagles earned All-American recognition under Wilson's assistance; 11 garnered All-SSAC honors.

A graduate of Mercer University, Wilson served his alma mater as a student assistant and graduate assistant on head coach Bob Hoffman's staff, helping the Bears to some of their most successful years in the program's history. He also worked closely with the Bears' summer camps.

He married his wife, Dee, in 2016. The couple welcomed their first child in June of 2019, Brooks Owen Wilson. 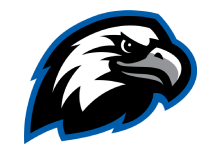 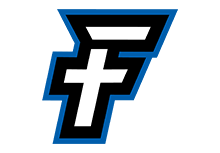 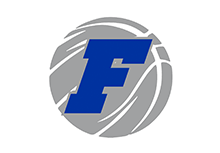 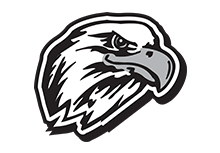 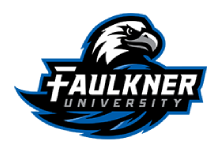